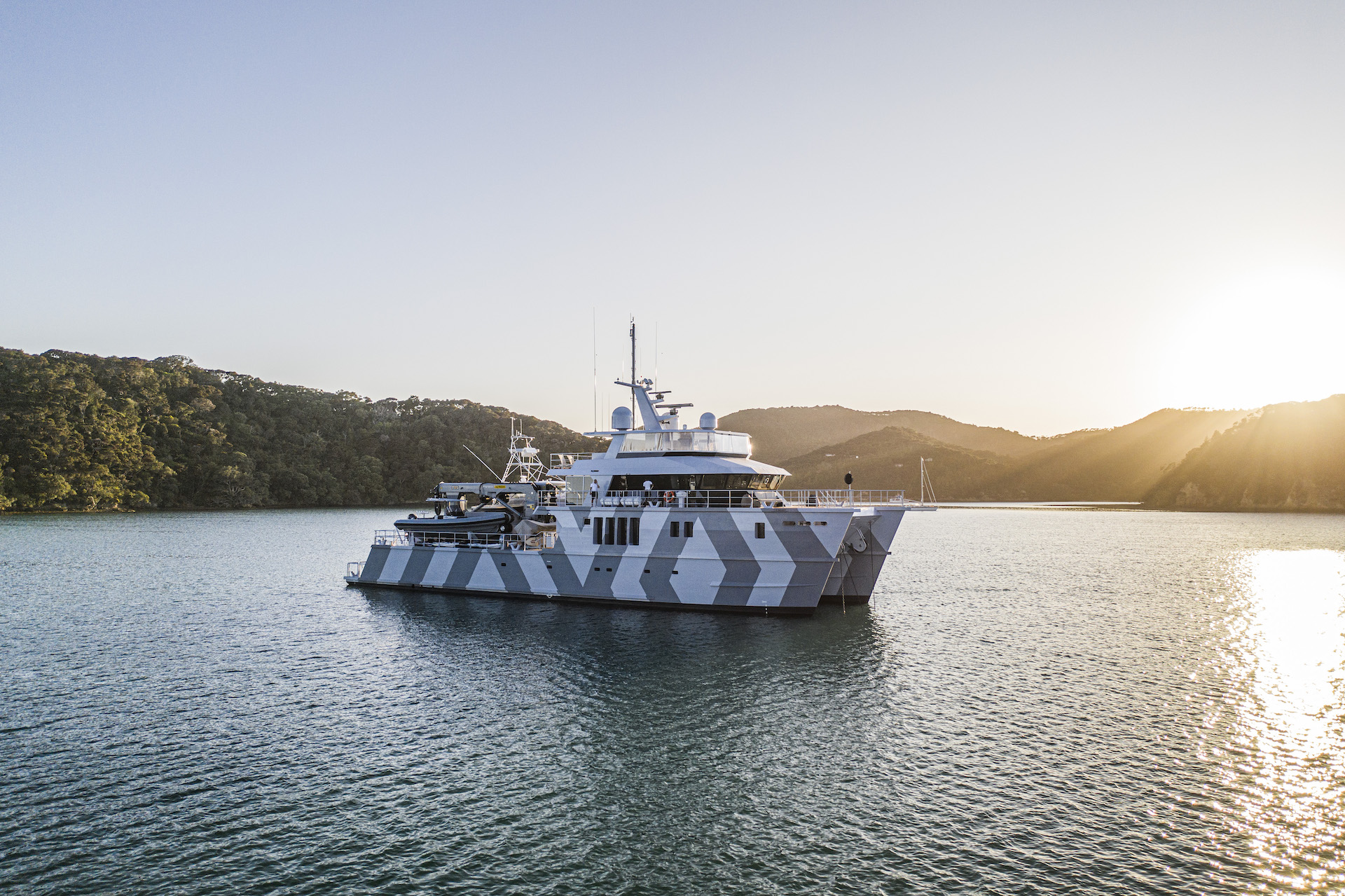 THE BEAST Winner at 2020 World Superyacht Awards in London

37m Motor yacht, THE BEAST has won best displacement motor yacht at the 2020 Boat International World Superyacht Awards in the below 499 GT category.

The owner and crew are proud to take the prestigious award home. The vessels unique and daring design fared against some tough competition and has been deservedly recognised as this year's winner.

The BOAT International World Superyacht Awards recognise the ingenuity and craftsmanship of the most remarkable luxury yachts from across the world. The globally acclaimed event, known for its credibility, prestige and glamour, is distinguished from all other yacht awards thanks to a judging panel comprising current and former superyacht owners.

THE BEAST was completed late 2019 after a 3 year build period at Profab Engineering in Tauranga, New Zealand.

The grey camouflage paintwork of this vessel suggests a small warship, perhaps a patrol boat, but this disguise was just one element of the owner’s detailed specification. Despite its forbidding, military exterior style, The Beast boasts deck spaces tailored for leisurely outdoor living, while concealing a luxurious fully featured interior. As an enthusiastic sport fisherman, the owner’s key requirement called for the ability to carry, and safely launch, a 13-metre, 19-tonne sport fishing vessel. The judges were also impressed with the launching system for the sport fishing boat, with a safe two-point lift provided by a pair of large knuckle-cranes.

Already a successful charter yacht, despite global circumstances THE BEAST has a great future ahead and plans for next year include a trip to the Pacific islands where she'll be available for charter.

His Serene Highness Prince Albert II of Monaco, said: “I am delighted to participate in the Awards, the yachting industry is of the upmost importance for the Principality, representing a major component of its economy. The teams and owners behind all the 57 nominated yachts should be proud of their accomplishments.”

Sir Ben Ainslie, Team Principle for INEOS Team UK in the 34th America’s Cup and BOAT International contributor, said: “There is a lot of activity down here in New Zealand for the 36th America’s Cup, the four teams have all launched their new boats and it’s a very exciting time as we’re close to racing and working out which teams are fast and which teams can race well. Congratulations to the award winners”

Stewart Campbell, editor-in-chief of BOAT International, said: “It’s been another exceptional year for the superyacht sector with some ground-breaking designs in this year’s entries. The winners of these awards represent the absolute pinnacle of yacht design and construction and on behalf of the team at BOAT International, I’d like to offer heart-felt congratulations to this year’s winners.” Tony Euden, co-CEO of BOAT International Media, said: “This year’s World Superyacht Awards winners include remarkable ingenuity and innovation in design, engineering and construction. We’re very proud that we have built such a world-renowned platform that rewards truly exceptional yacht owners and shipyards from around the globe.” 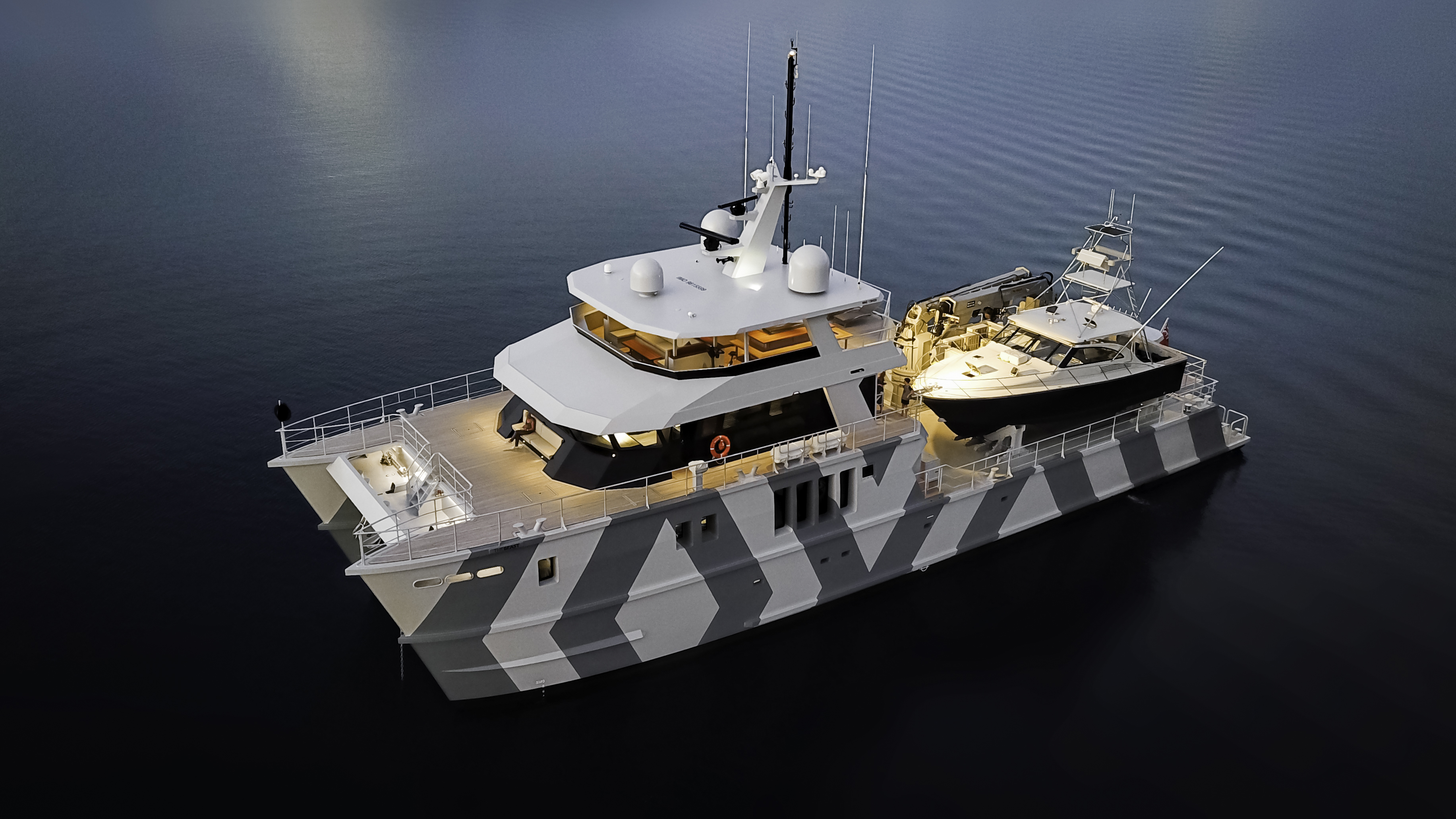